Hustler of the Month: Creators of "The Pussy Pin" Indira Mohabeer & Alexis Arnold

A new black-owned business has hit American University's campus in the hopes of bringing "fallopian fashion" to all. AU sophomores Indira Mohabeer and Alexis Arnold launched their brand â€˜The Pussy Pin," this fall.

The two created the first pussy pin after participating in the Women's March on Washington, a women's rights march that took place the day after Donald Trump's inauguration.  Mohabeer and Arnold got a lot of positive attention at the protest for their "Pussy Power" sign that displayed the alliterated words alongside a large pink uterus.

Around the time of the march, creator Mohabeer used some pink felt to  create a small pink uterus pin in the spirit of the march. However, she didn't choose to wear the creation in public until months afterward.

"Recently this year I decided to put the pin on. It was a bit rugged and incomplete, but ironically someone messaged me over social media asking me where I got mine and where she could purchase hers. In that moment a lightbulb went off ... I realized I may have been onto something."

Mohabeer partnered with close friend and roommate Arnold to create more pins and launch the business. The two started from scratch, investing their time, effort and funds into a women empowered movement.

In their first two weeks,  Arnold and Mohabeer have sold dozens of pins to AU students. They are hoping to expand to other local schools, and eventually to universities across the country. .

The Blackprint sat down  with the born hustlers to get the exclusive on the #PussyPowerPins:

Mariah Espada: What's the overall motto of the Pussy Pin?

Alexis Arnold: Our motto is "fallopian fashion for all" because we believe that the female reproductive system should not be stigmatized or restricted for people with female parts. We want the image of the uterus to be a common one that is not only presented in a sexual context. Everyone came out of  a uterus, so why not show them some love?

ME: What sets "The Pussy Pin" apart?

Indira Mohabeer: First and foremost, we are a company not just run by women, but black women at that. We are full-time students, part-time employees and natural-born hustlers. We believe in the American ideal of being able to create a business in an effort to shape our futures.

ME: Where can people get their Pussy Pins?

AA: Right now we are encouraging everyone to DM our Instagram (@thepuzzypin) for an order. Send us a quick message and we'll be sure to get one to you ASAP, so you can flaunt your fallopian fashion.

ME: How can non-AU students purchase a pin?

IM: Right now we are only selling to students on campus. However, if you're off campus feel free to order and pick up a pin at the AU campus. Eventually we are hoping to expand with shipping services, so stay tuned on our socials for that. 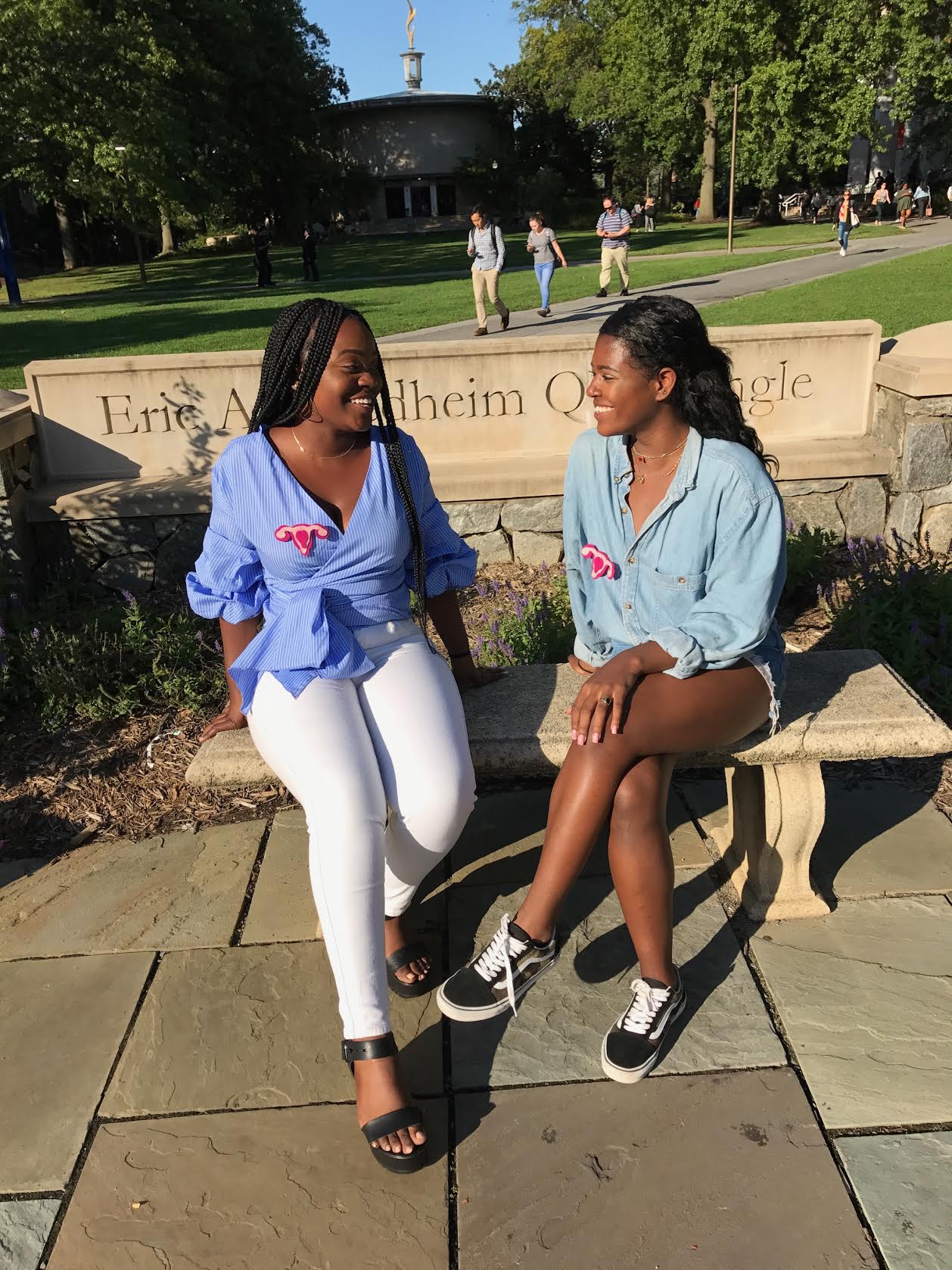 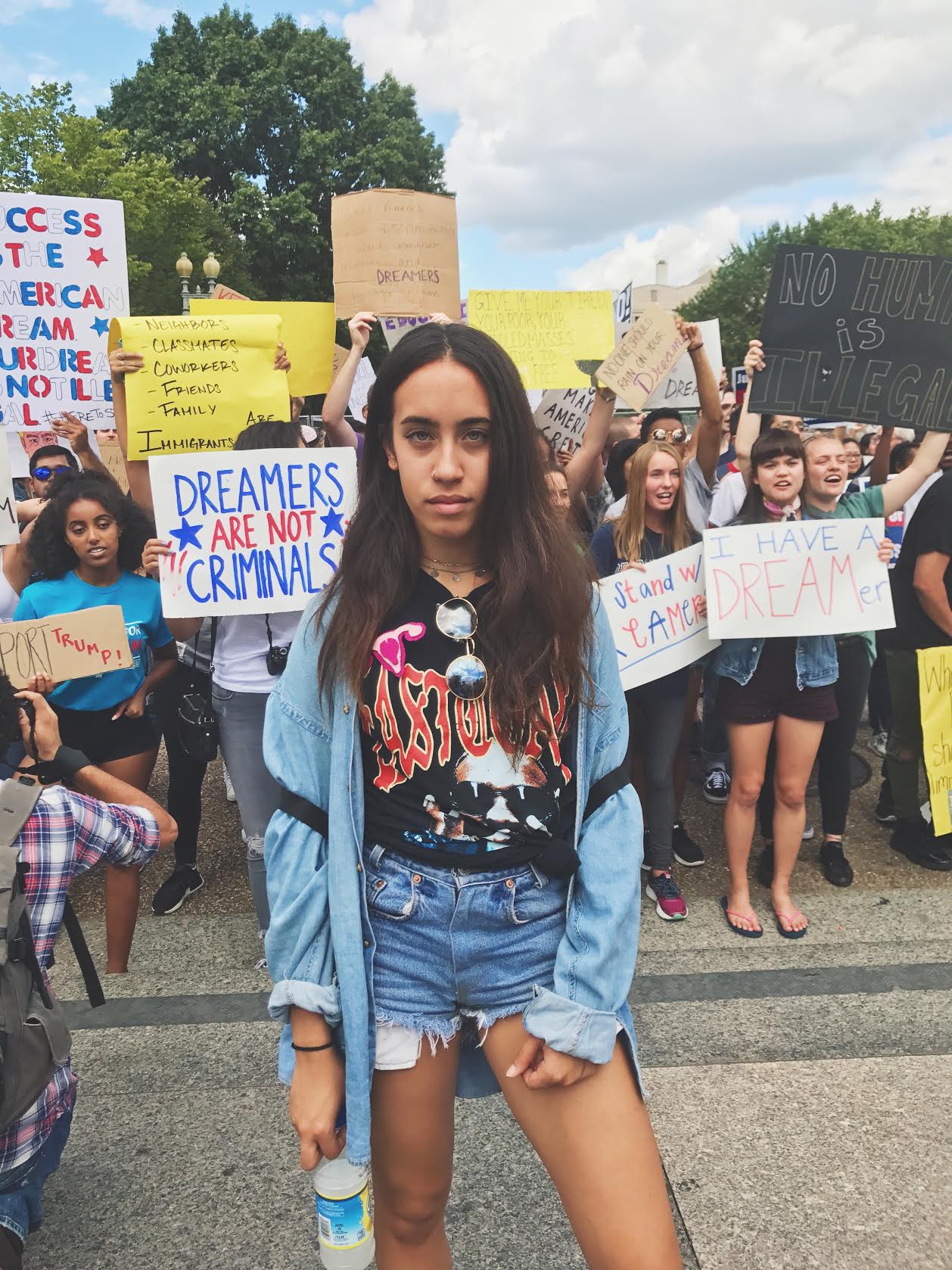 ES: Are "Pussy Pins" only for women?

AA: No. Not at all. The Pussy Pin is less of a tangible idea, and more of a transcendent idea of what it means to be a woman and an ally.  We hope that the pussy pin is a mindset rather than a restricted set of parts. It's about being knocked down, and being able to get back up. When you menstruate you are torn down from the inside out. You are physically made a new. This is a way a lot of women represent their femininity, as well as a mentality that everyone should be able to relate to at some level. We invite all to sport the pins.

ES: Where are the proceeds going?

IM: Eventually we are hoping to put percentages of the proceeds towards local women's organizations and charities. The Pussy Pin is more than just a cute fashion accessory. Much like the Women's March, we want it to stand for supporting women in our communities and making a national impact.

"Moving forward, I have no fear," said Mohabeer, "I'm excited to be a creative force for a movement bigger than us."