When San Diego native Shelby Moring moved to Washington, D.C., she experienced culture shock. Since then, the sophomore has navigated through a new environment and new city by cultivating a holistic lifestyle. Moring practices eclectic healing methods, makes her own skincare products and even once distributed free zines throughout campus centered around mental health awareness.

But what makes Moring unique is that none of her passions are simply for branding purposes. She wants to make a larger, genuine impact on the world, whether that be through challenging anti-blackness in the Asian-American community or encouraging women of color to embrace alternative beauty routines. The Blackprint sat down with Moring to chat about skincare, white feminism and Alice Walker.

Elisha Brown: What inspired you to create a skincare line?

Shelby Moring: I run a natural skincare blog called Floreashelby. I came up with that name around senior year [of high school] when I wanted to make a brand for myself. I was becoming more holistic and conscious of what I was putting on my body. The first natural skincare product that I made was a salt scrub to help exfoliate the skin. It ended up being published on this website for preteen girls called Epic Sky, and they paid me for it. From there, I've just been doing a lot of experimenting. I make my own body butter. A lot of the face masks that I use are made with clay and I add my own ingredients. I really believe that natural and holistic healing is a step in the right direction. There's a lot of barriers for people to get access to them, so it's also an activist path for me.

EB: Do you think the skincare industry excludes people of color?

SM: Yes â€” I just did a photography project with my friend Brittany Amanda who goes to Howard [University] because we're both interested in natural skincare, and how it affects women of color. She's Jamaican, and I'm biracial â€” I'm  half black and half Chinese. We wanted to photograph women of color bare faced in various stages of their skincare acceptance. The way that their skin looks wasn't the point of the project. We wanted to talk to them about how the beauty industry makes it very difficult for women of color to accept their natural beauty. It's not just hair. It also goes to skin conditions, like acne and dark marks. I see a lot of black women who are present in the natural market like Shea Moisture. There's a lot of reclamation for ingredients that you see in traditional practices.

EB: Out of all the products you make, what's your favorite?

SM: I'm really into the body butter. I ordered a few products, and I'm probably gonna sell some at AmFest. Regardless of your skin type you should be moisturizing. It is a good routine â€” I'm a Virgo so I'm really into routines! When you have five or ten minutes to reflect on and take care of your physical body, it's a good way to ground yourself.

EB: I noticed you were recently profiled by the blog We Heal Too. What made you decide to get into the healing practices?

SM: I've always been very spiritual but not necessarily religious. My parents raised me in the church, but I never resonated with the idea of a monotheistic religion. My father told me that when I went off to college, I was going to need to have God in my life. At first I laughed at that, but I do agree that spirituality is a grounding aspect to have in your life. I started learning about healing crystals and moving into the different practices...I don't have a specific path but I like to study different elements of it. It's educational and therapeutic. I identify as a witch, but I'm not Wiccan.

EB: Do you think there's power in reclaiming the idea of a witch? Lately media has associated witches with white women.

SM: Most of the healers I follow are women of color...people who identify as eclectic healers â€” they come up with their own rituals. It's good to reclaim, but you can chart your own path.

EB: What have people's reactions been when you tell them you're a witch, or they ask you about your healing practices?

SM: Either people don't want to address it, so they never bring it up, or they don't know I identify as a witch. I haven't had any bad experiences with people invalidating my practice, but I do know in the black community there's resistance to people who don't identify as Christian but have spiritual practices. [We] get confused with the hoteppeople [laughs]. I get more resistance from people in the black community. 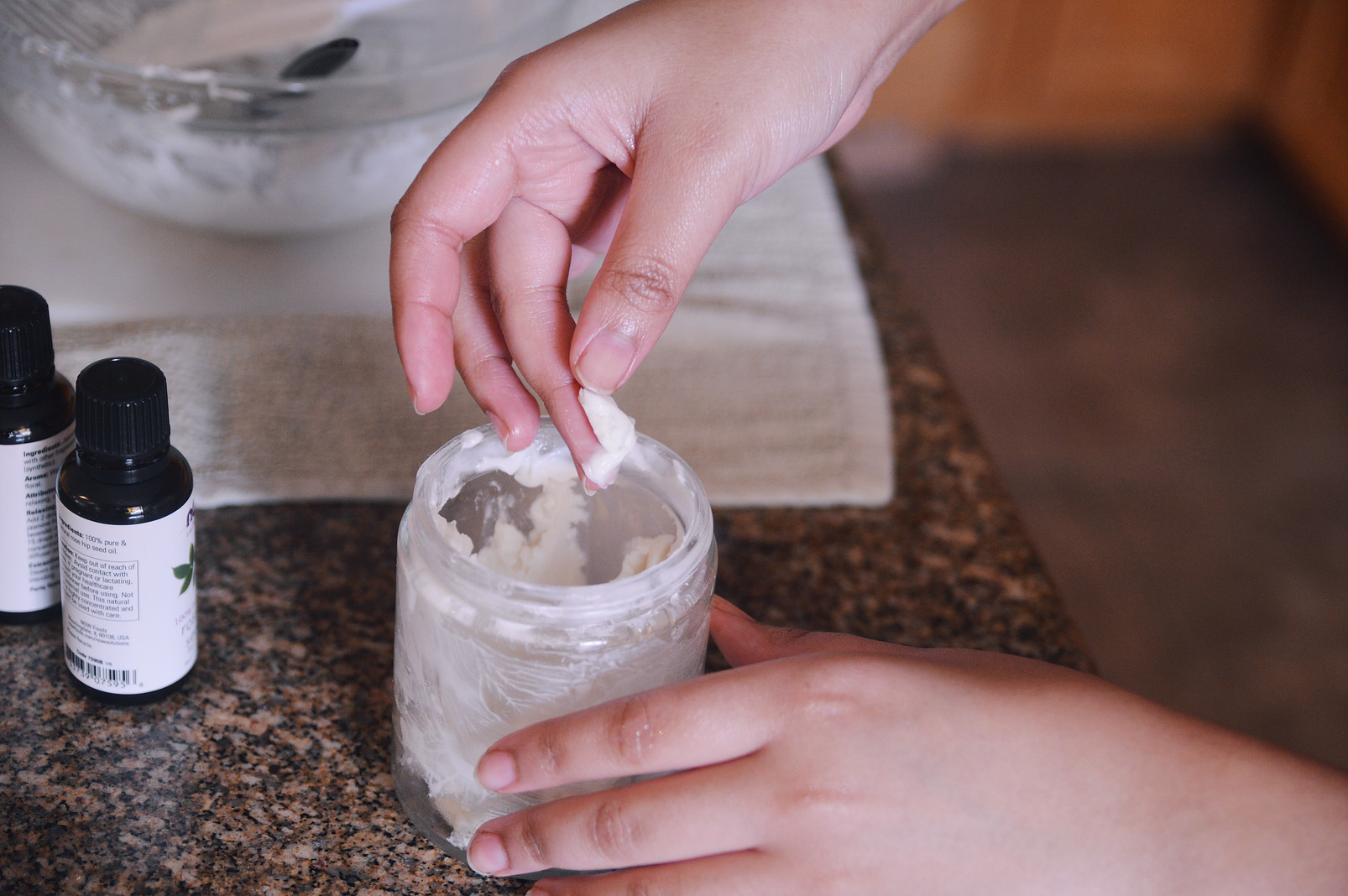 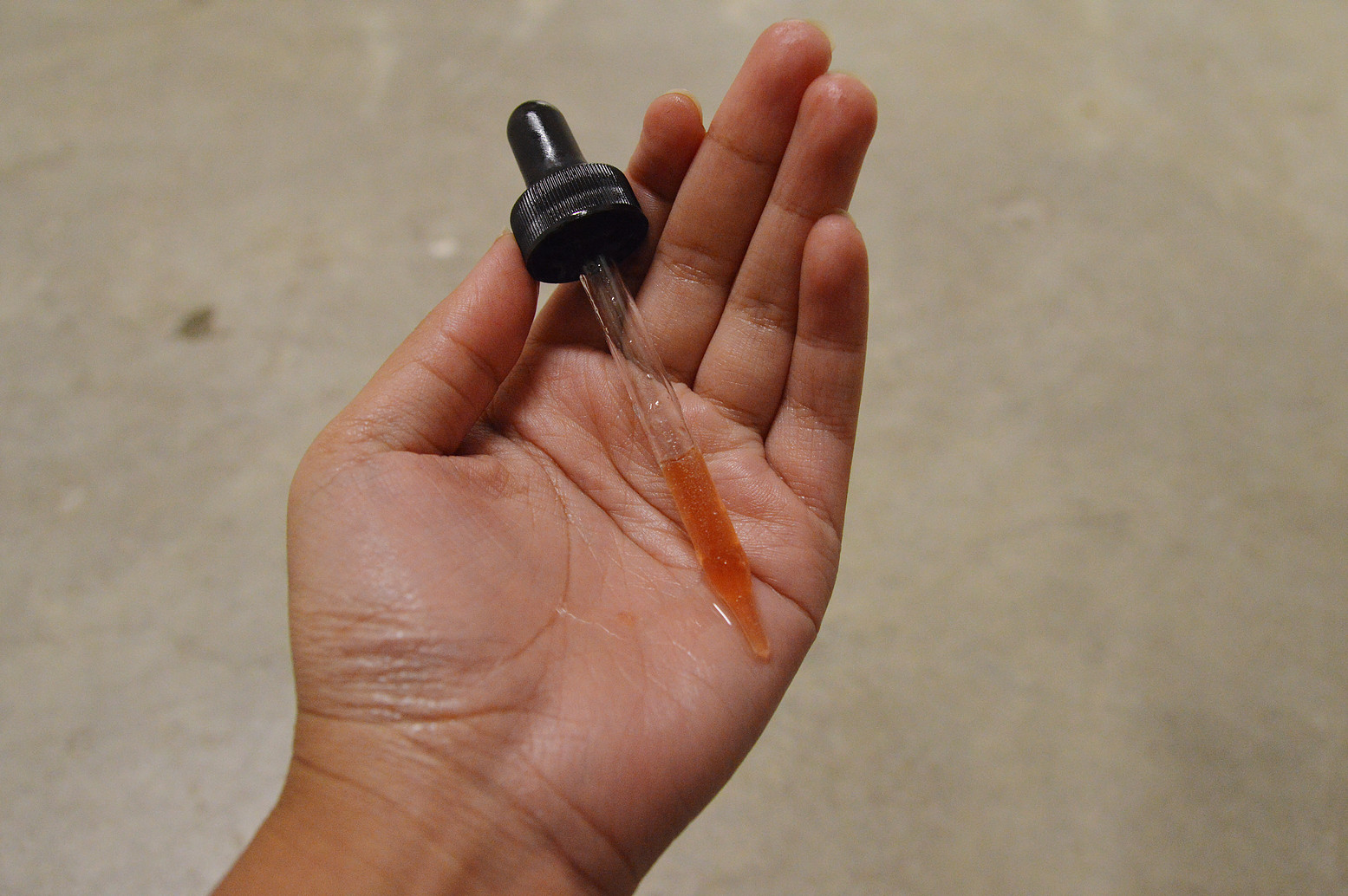 "It helps to seal in moisture while fading dark marks. I make the rosewater myself, then add oils." 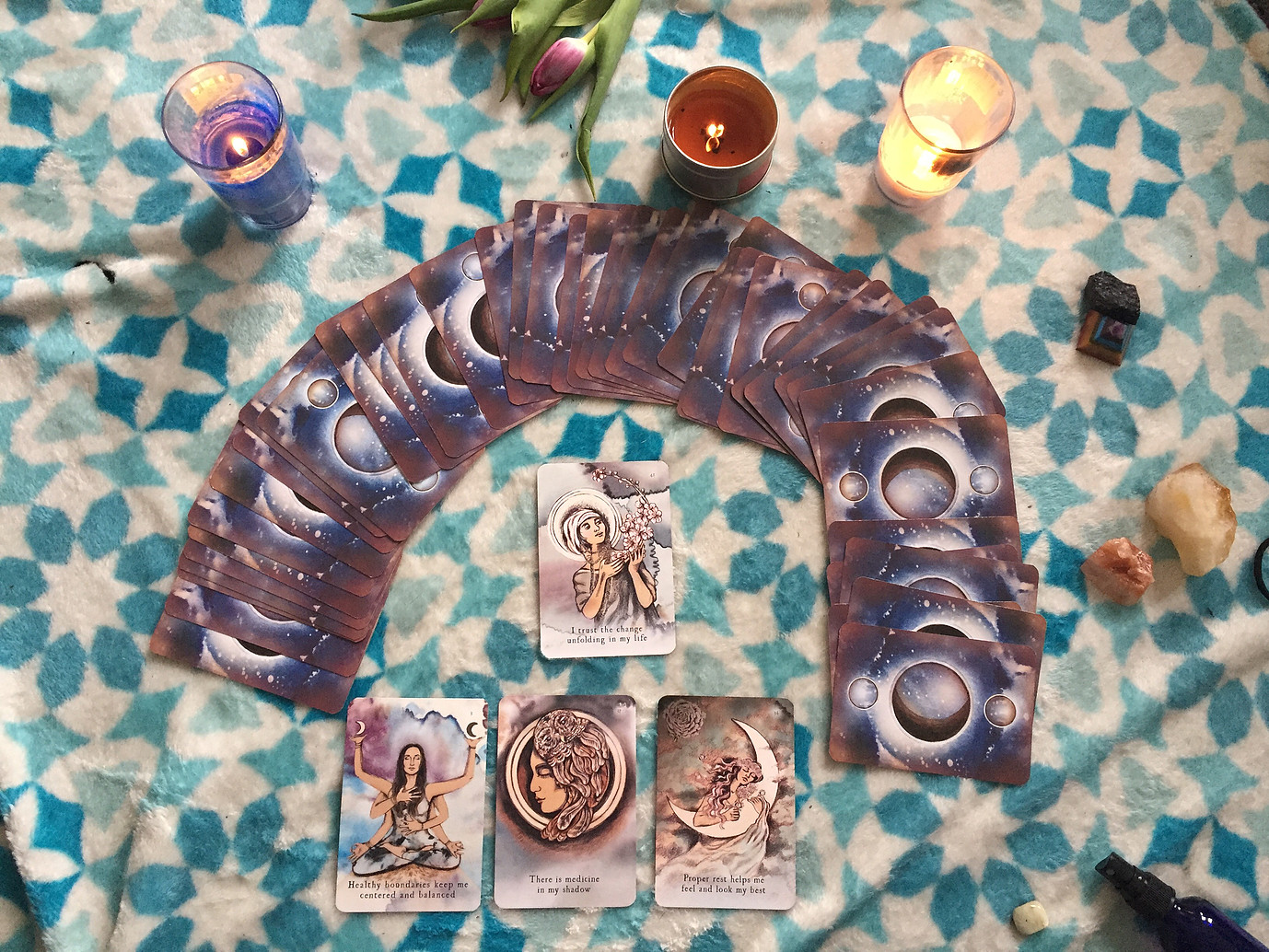 "The healing process: "I use candles, healing crystals and try to keep flowers in my room often."

EB: Talk to me about the healing circle you led with The Darkening last semester.

SM: We utilized the space [in Mary Graydon Center] and made it safe for everybody. We talked about how healing is necessary for people of color at a PWI [Predominately White Institutions]. 95 percent of us said we do not feel safe on campus. We looked to companions and peers to see what we could do better collectively to make this space more nurturing for the soul.

EB: Being a person of color in majority-white spaces is a recurring theme in a lot of our work at The Blackprint. What was your first year at AU like?

SM: My first year was weird because I wasn't really one of the students who grew up in predominately white neighborhoods. I was in the STEP program, but when the summer ended we realized the actual demographics of AU. That was also sort of shocking. It's been difficult as a mixed person of color, because the ways in which the Asian community and the black community interact with each other aren't necessarily healthy. It's so rampant and horrible and [some] Asians don't want to be held accountable for it, so that's something I was struggling with. There's a lot of different layers. The people of color, while we do gravitate to each other, there's a lot of division within the community of color as a whole. So that's why things like The Blackprint, the healing circles and The Darkening, I really try to be involved with. The only way we're going to be able to dismantle racism is if we're all together as a whole. And that's so difficult when there's infighting and colorism and sexism that are preventing us from being a cohesive unit.

EB: What do you do for self-care?

SM: Self-care is anything that makes you feel empowered, or even just okay, for the moment. A lot of tips around self-care are very neurotypical. People will say, buy a plant, or do a face mask. Sometimes self-care is literally waking up, brushing your teeth and that's it.  It's different for different people and different circumstances.

EB: You recently tweeted about the lack of media coverage on the missing black girls in D.C. Talk to me more about that story.

SM: We all know why it's not covered â€” America doesn't care about people of color. White feminists don't care about black women. Pro-lifers don't care about black and brown babies. We all know why these issues aren't covered in national news. But it's so frustrating. It's interesting to see how race is talked about in classrooms. In my Feminist Theory class, we talk a lot about race and gender as very detached. The trap that WGGS students can fall into â€” and anthropology students too â€” is talking about people as archetypes, and disassociating the identities from the people. It makes it difficult to talk about these issues. We'll say black and brown bodies or black and brown people, but we're not talking about the actual people that are missing or being affected by institutional things. I still don't know how to empower myself and empower the communities when these things happen. I didn't know what to do.

EB: Could intersectional feminism could become a part of the mainstream?

SM: You see the pins, like, "I'm intersectional!" It's a buzzword, but what does that mean for people who are literally intersectional people? I'm biracial, I'm queer. What does that mean when you can slap intersectional in front of your feminist title on your Twitter bio? But are you practicing it in real life? Are you conscious of the spaces you take up and that  you shouldn't intrude on? I think people like the idea of being an all encompassing feminist, but they don't know how to actually navigate those spaces when they're presented with resistance to their privilege.

EB: Your answer reminds me of Roxane Gay and Jia Tolentino, writers whose critiques of the presidential election results and the Women's March touched on performative feminism.

SM: It's become so watered down. Would you rather have people introduced to feminism when it's the Taylor Swift feminism? That would mean there are more young feminists, more people who identify with gender inequality in a basic sense. Or would you rather be feminist? And when I say feminist, my definition is intersectional, anti-capitalist, all these things that are very radical. What would you rather have? Most people say they would rather have a lot of young, Taylor Swift feminists running around talking about the gender-pay gap. I don't know how I feel about that. Feminism is definitely something that's very watered down and commodified. And it's always been.

EB: What are you reading right now?

SM: I work at the library, so I'm reading the Alice Walker short stories. They're so good. I'm also reading "Goddess is in Every Woman."

EB: Dream dinner party. Five people dead or alive. Who would you bring?

SM: Solange. Audre Lorde...[Professor] Sybil Roberts [laughs]. I just want to know more about her life. Angela Davis. I saw her speak at the Women's March. And my mom. That'd be a fun way to shake it up.

This interview has been edited and condensed.

All other photos taken by Shelby Moring.